Earlier this year, a new treatment option was added to the arsenal for ER-positive breast cancer in postmenopausal women when the U.S. Food and Drug Administration (FDA) approved the combination of letrozole (Femara) and palbociclib (Ibrance).

Femara is one of a number of hormonal drugs that inhibit estrogen signaling—the driving force behind ER-positive cancers. It is an aromatase inhibitor—a drug that works by inhibiting the synthesis of estrogen in the body. Ibrance is a targeted drug that inhibits CDK4/6, a protein instrumental in driving the proliferation of cells. The combination of Femara with Ibrance in a phase III clinical trial doubled the time that passed before patients’ cancer worsened (progression-free survival, or PFS) from 10 months with Femara alone to 20 months. Most of the women in the trial had received no previous hormonal treatments.

An ASCO report about another new combination that includes Ibrance was simultaneously published in The New England Journal of Medicine and hailed as groundbreaking. A total of 521 patients were enrolled in this phase III study, most of them postmenopausal; most had already received endocrine treatments for metastatic, ER-positive, HER2-negative cancers. They were given either fulvestrant (Faslodex; an anti-estrogen drug) alone or in combination with Ibrance. The median PFS was 9.3 months in the combination group versus 3.8 months in the Faslodex-alone group.

It is not entirely clear why the PFS of these patients was generally lower than that of patients who participated in the trial of Femara plus Ibrance described above. But it is likely related to the fact that many women in this trial had already had disease progression after or while receiving other hormonal treatments. Importantly, premenopausal patients in the trial had the same benefits as postmenopausal women. The most common side effect attributed to Ibrance was neutropenia (loss of white blood cells); however, this was not accompanied by serious symptoms.

The most remarkable takeaway is that the combination of Faslodex and Ibrance was able to overcome resistance of metastatic, ER-positive cancer to hormonal treatment. There is good reason to expect that the new treatment will soon be up for FDA approval. 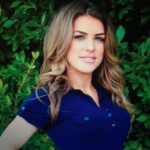