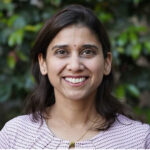 Difficulty swallowing, a hoarse voice, or heartburn has led to the dreaded diagnosis of esophageal cancer. What now?

If you or a loved one face esophageal cancer, it can be helpful to start by learning more about the disease and your particular diagnosis. Then, you will be prepared to learn about esophageal cancer treatments.

Esophageal cancer originates in the esophagus, which is the soft tube that connects the mouth to the stomach. There are two main types of esophageal cancer: squamous cell, and adenocarcinoma. These terms essentially refer to how cells from the tumor look under a microscope, which can help guide which esophageal cancer treatments will be best for a given patient.

The clearest known risk factor for adenocarcinoma of the esophagus is Barrett’s esophagus (BE). About 10 percent of people with chronic symptoms of GERD develop BE, wherein tissue lining the esophagus changes to resemble the lining of the intestine. BE is twice as common in men compared to women, and it can be detected by examining a small piece of tissue that is removed in a surgical process known as a biopsy.

Not all cases of esophageal adenocarcinoma have evidence of BE when diagnosed, and the risk of esophageal cancer in patients with BE is quite low, approximately 0.5 percent per year (or 1 out of 200 people with BE). However, medical guidelines recommend that BE patients undergo a biopsy alongside a procedure known as an endoscopy at least once every 3 years. An endoscopy involves inserting a tube with an attached camera into the esophagus. An endoscopy alongside a biopsy helps doctors check for dysplasia, which is a change in esophageal tissue that can indicate the possibility that cancer will soon develop.

As with other forms of cancer, a diagnosis of esophageal cancer will include a stage that indicates how far the cancer has spread, or “metastasized,” from the location where it started. The earliest stage of esophageal cancer is stage 0 (also known as high grade dysplasia). The stages then range from stage I (1) through IV (4), where lower the number, the less the cancer has spread. For more information on staging, see the American Cancer Society’s overview of Esophageal Cancer Stages.

The particular location of cancer within the esophagus also affects treatment, since tumors that are closer to the throat area typically behave differently than those that are closer to the stomach or gastro-esophageal junction (GEJ), where the esophagus meets the stomach. The definition of GEJ cancers is especially tricky; there has been some confusion over whether to classify them as gastric (stomach) or esophageal cancer, as they lie between the two. GEJ tumors also go by many other names, including “distal esophageal cancers,” “proximal gastric cancers,” and “cancers of cardia,” and they are more difficult to treat than either esophageal or gastric cancer. A more in-depth overview on esophageal cancer is provided in this Medscape article.

The newer approach involves upfront use of a process known as molecular testing. Whenever possible, esophageal tumors are typically either surgically removed or treated with radiation therapy. A small portion of the removed tumor is then used as a biopsy sample for a doctor to analyze the unique features of the cancer that can help guide which esophageal cancer treatments to use. In molecular testing, the biopsy is tested for the presence of abnormal alterations to the DNA found inside tumor cells.

For esophageal cancer treatments in particular, doctors are interested in abnormalities in a number of specific genes encoded by the DNA, including EGFR, FGFR1-3, HER2, and PD-L1. They are also interested in alterations known as micro-satellite stability (MSS/MSI-H) and any gene alterations that can be identified through cutting-edge molecular testing techniques called next-generation sequencing (NGS).

Depending on the results of molecular testing, a patient’s first-line treatment may include medications known as platinum-based chemotherapy, variations of a medication regimen known as FOLFOX, and/or medications known as immune checkpoint inhibitors, such as nivolumab and pembrolizumab. Trastuzumab, a medication that targets a gene called HER2, has been approved by the U.S. Food and Drug Administration (FDA) as a first-line treatment of esophageal cancer that has an abnormal alteration in the HER2 gene (“HER2-positive” esophageal cancer). Another medication called DF-1001 is a novel HER2-targeted drug that received FDA “orphan drug” status in 2021 for treatment of esophageal cancer (in the U.S., manufacturers of an orphan drug receive special incentives to develop the medication to treat a rare disease).

Currently, clinical trials for esophageal cancer include trials examining medications known as antibody-drug-conjugates (ADCs) that work by targeting a molecule known as TROP2. Clinical trials are also exploring the use of chimeric-antigen receptor T cells (CAR-T), which are immune-system cells taken from a patient’s own body, genetically modified in the lab, and then re-injected into the patient in order to help treat cancer. In one trial, the cells are modified to target molecules called claudins (such as CLDN6 and CLDN18.2). Other clinical trials are exploring additional novel esophageal cancer treatments.

Often, clinical trials involve a pre-treatment screening period where the patient’s biopsy sample is tested in a procedure called immunohistochemistry (IHC). IHC shows whether the tumor cells have certain molecules on their surface that can indicate how effective different esophageal cancer treatments might be. For that reason, it is very important to keep track of your biopsy sample availability when you are facing esophageal cancer.

If you’re curious whether any of the esophageal cancer treatments I’ve described might be right for you or your loved one, I encourage you to sign up for one-on-one help from Cancer Commons.

The most important thing to keep in mind is that cancer is a disease that constantly evolves in real time. So, it is important to ensure regular screening and monitoring of your or your loved one’s disease status.

One option for monitoring esophageal cancer is a process known as liquid biopsy, in which doctors look for signs of disease using a simple blood draw or by testing other body fluids, such as peritoneal or pleural ascites. Liquid biopsy tests include Guardant360® CDx, FoundationOne®Liquid CDx, Tempus xF, and others that look for tumor DNA that has been released into the blood stream (circulating tumor DNA, or ctDNA). While liquid biopsies have not yet become standard practice for all cancers, it is important to be aware of these and to advocate for yourself or your loved ones by discussing with your oncologist the possibility of periodic molecular testing by liquid biopsy.

It also helps to keep an eye on the latest developments in clinical trials or options for expanded access, in which patients may be able to access novel esophageal cancer treatments outside of a clinical trial, before they are formally approved by the FDA. These options keep changing quite often as new research results become available.

Additionally, it helps to have multiple experts review your case history and various treatment approaches. The most formal way of doing so is through tumor boards, in which oncologists in different medical departments or institutes weigh in on a patient’s case. A tumor board may not always be necessary; sometimes it may suffice to get a second opinion from a different doctor, or maybe even to just have a PhD clinical scientist (such as those on our team here at Cancer Commons) review the details and suggest options for you to discuss with your oncologist.

Cancer Commons Is Here for You

Whether you have a simple question about esophageal cancer treatments or you’re seeking more in-depth support, we are here for you! Sign up for your Cancer Commons action plan today.

Tumor Boards—What Are They and How Can They Help You?

Image Credit:
I appreciated the quick response after my registration with Cancer Commons. The nurse navigator was prompt and compassionate. I knew my request wasn’t going to be buried and didn’t have time to wonder how long it would take before I got a response. The scientist Lauren connected me too was very prompt in giving me answers to my question. And when I asked questions... Read more »
Gail Lung cancer patient
It has been extremely gratifying to see how Cancer Commons has brought clarity and greater access to this expertise through its convening and curation.