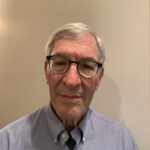 Treating cancer that has been fully diagnosed can be a complex challenge. But sometimes the process of diagnosis itself presents an urgent puzzle. Here, our Curious Dr. George asks Marc B. Garnick, MD, how he would approach his own case of an unknown form of cancer. Dr. Garnick is the Gorman Brothers Professor of Medicine at Harvard Medical School (HMS) and Beth Israel Deaconess Medical Center in Boston, MA. He is also Editor in Chief of the HMS Annual Report on Prostate Diseases.

Curious Dr. George: What would you do if you began to experience unrelenting back pain and visited your primary care physician, only to be informed that X-rays taken of your lower back demonstrated multiple lytic lesions of several lumbar vertebrae? In this hypothetical scenario, a prostate-specific antigen (PSA) blood test shows a level of 30 ng/ml, and you also recently lost 10 pounds unintentionally—but you have no significant urinary symptoms. How would you proceed?

Marc B. Garnick, MD: The findings of multiple lytic lesions of several lumbar vertebrae in the setting of unrelenting back pain constitute an oncologic emergency. If I, as a physician and oncologist in this case, were to face such a serious set of medical circumstances, there are things that need to be done immediately and hopefully within the next 24 hours.

The critical and most time-sensitive issue that I would want urgent input on is whether spinal cord compression with impending paralysis is present. Regardless of whether these lytic lesions are caused by an underlying plasma cell dyscrasia or prostate cancer—the two highest differentials on my list—a prompt evaluation of the spinal anatomy is urgently needed. My biggest concern is whether the findings represent a plasmacytoma in association with a plasma cell dyscrasia or prostate cancer. I know that the presence of spinal osteolytic lesions can also accompany metastatic lung cancer, renal cell carcinoma, or colorectal cancers as well, but given my overall history, this would be of less concern. I would not completely rule out prostate cancer, knowing that purely lytic osseous lesions are less common in prostate cancer, but that they do occur, often mixed in with osteoblastic lesions.

In anticipation of my emergent evaluation at the emergency ward (EW). I would expect that a full set of chemistries—especially looking at serum Ca++ level, and complete blood count—would be evaluated by EW staff. My concern is that the back pain, which has been really excruciating, is now accompanied by some leg weakness and some inklings of saddle anesthesia. I had not had a recent digital rectal exam (DRE) and would hope that the intern or resident in the EW knows how to perform this important examination (since DRE learning is completely de-emphasized in current-day medical training). The PSA of 30 is of obvious concern, but my history of benign prostatic hyperplasia (BPH) and prostatitis in the past, as well as multiple prostate evaluations, would place this as number two on my differential. I could also consider that there may be some underlying urinary retention ongoing as a possible result of some neurological dysfunction, giving rise to the elevation in PSA. A bladder scan check of post-void residual would be helpful here as well, and accomplished in less than 30 seconds with a bladder scanner.

On my way to the MRI scanning center, I would ask if my peripheral smear showed any evidence of rouleaux formation, a hint of an underlying blood dyscrasia, as well as my Ca++ levels. I would remember that hypercalcemia is distinctly unusual in widespread metastatic prostate cancer (as opposed to myeloma) and would recall an article that Dr. Rob F. Todd III and I wrote decades ago underscoring the rarity of this association, and when present, think of other etiologies such as sarcoidosis to account for the hypercalcemia.

As I am thinking about next steps, I would compartmentalize the two important scenarios. I first would assume that the scans will show no evidence of spinal cord compression: This is unlikely, especially given the widespread extent of the spinal lytic lesions and new subtle saddle anesthesia as well as continuing pain. Obtaining a tissue diagnosis will be dictated by the radiologic findings: if there is no evidence of spinal cord compression, and the cross sectional and other routine imaging do not suggest intra-abdominal or thoracic involvement, then consideration of the site to biopsy again would be dictated by the lab findings. Hematologic findings of plasma cell dyscrasia or plasmacytoma would be further evaluated by either a bone marrow biopsy and aspirate, or consideration of directly biopsying an accessible lytic lesion. If the DRE suggested prostate cancer, and a repeat PSA was confirmed to be elevated, a prostate needle biopsy could be performed.

I would then assume the most likely explanation—that there is evidence of spinal cord compression: Here the situation is different. I would urge the administration of dexamethasone, and consultation with radiation oncology and neurosurgery would be mandated to assess optimal approach management. If an operative intervention is recommended for decompression, tissue for pathologic analysis can be obtained at that juncture and then the therapy can be tailored according to the pathology. If surgical intervention is not recommended, then biopsy of lytic lesion and initiation of radiation therapy would be next. There would be some discussion as well at this juncture to determine the optimal sequencing of treating first and diagnosing later, or diagnosing first and and then treating—especially since the systemic therapies are so different. If neurosurgical decompression was mandated, then I would vote for the “treat first” option.

I would want the hierarchy of diagnostic and therapeutic decision making to address, first and foremost, the structural abnormalities induced the lytic lesion. It would be beneficial but not necessarily critical to know the specific pathologic diagnosis before the anatomic lesions were treated by surgery, since tissue would be obtained at that juncture. As stated above, tissue would be needed prior to initiating radiation. I would then select the most appropriate systemic therapies to be informed by the tissue of origin. These would include initial standard programs for a hematologic neoplasm or intensified androgen deprivation therapies with or without chemo if it turned out to be metastatic prostate cancer. Genomic profiling, of course, would be part of any diagnostic evaluation, using any one of a number of platforms such as Foundation Medicine.

Dr. Garnick can be reached at mgarnick@bidmc.harvard.edu.

The goal of Cancer Commons is to help patients find and access their best possible treatments, one patient at a time, while moving the field forward. If you have advanced cancer, let our molecular oncology Scientists provide free, personalized information about your options.