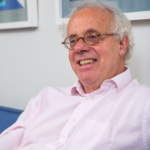 Richard Smith, CBE, FMedSci Chair of the Lancet Commission on the Value of Death, Editor of The BMJ (1991–2004)

In 2014, the prestigious medical research journal The BMJ published a controversial piece called “Dying of cancer is the best death.” Here, our Curious Dr. George asks the author of that piece, Richard Smith, CBE, FMedSci, if and how his thoughts on death have since evolved. Dr. Smith was Editor of The BMJ from 1991 to 2004 and is currently Chair of the Lancet Commission on the Value of Death.

Curious Dr. George: Your 2014 BMJ blog post on dying of cancer precipitated quite a robust discussion. Since then, the fields of precision oncology and immunotherapy have developed a lot, although perhaps not yet realizing their full potential. You currently chair the Lancet Commission on the Value of Death, from which a report is forthcoming. Looking back at 2014, have developments in precision oncology and immunotherapy changed your thinking about death?

Dr. Smith: In 2014, as you note, I unintentionally created global furor by arguing in a blog post that cancer is the best way to die. Nothing else that I’ve ever written has created such a storm, but many physicians, aware of the three broad alternatives, agreed with me. Sudden death may seem attractive but can leave great pain among those you love. Organ failure is prolonged and messy, and the long, slow death of frailty and dementia is exhausting for everybody. Dying from cancer, I wrote: “You can say goodbye, reflect on your life, leave last messages, perhaps visit special places for a last time, listen to favorite pieces of music, read loved poems, and prepare, according to your beliefs, to meet your maker or enjoy eternal oblivion.” I recognized that I may have succumbed to romanticism, but I argued that such a death “is achievable with love, morphine, and whisky.” “But,” I warned, “stay away from overambitious oncologists.”

Now, you tell me that precision oncology and immunotherapy have developed and ask me if my attitude has changed. I have a friend with metastatic malignant melanoma who is kept alive by immunotherapy and would probably be dead if it were still 2014.

For the past three years, I have been chairing the Lancet Commission on the Value of Death, and we hope to publish our report in spring of next year. Our starting point is that medicine and society have developed an “unhealthy” relationship with death. We find that few health professionals disagree, and most people have stories of grisly deaths in hospital. Indeed, with the ongoing COVID-19 pandemic we have become used to people who are dying in intensive care communicating with their loved ones only through iPads and accompanied only by masked and gowned strangers.

What is wrong with how medicine and society approach death? Firstly, death, many would argue, is the most important event in our lives. Plato called philosophizing an apprenticeship for death, and the Irish thinker Kevin Toolis argues that “The world makes sense to us because we die, not because we don’t.” We can surely all agree that death is a community, family, and spiritual event—not simply a medical event. The job of culture, often assigned to religion, is to give meaning to death. Medicine cannot provide meaning, and yet in high-income countries (and increasingly in poorer ones) death has degenerated to a medical event with reduced family, community, and spiritual involvement. People are unfamiliar with death and dying, as the dying and the dead are hidden in hospitals. “The experiment of making mortality a medical experience is just decades old. It is young. And the evidence is it is failing,” wrote Atul Gawande in his book Being Mortal.

A second problem is that aggressive treatment may often prolong life but increase suffering. The American physician Eric J. Cassell taught us that persons, not bodies, suffer, and stretching out the process of dying and treating patients only hours from death with cytotoxic drugs, antibiotics, and even operations often increases suffering.

A third problem is the high and disproportionate expenditure at the end of life. Even if this expenditure were to benefit the individual, which it often doesn’t, it makes no sense to the broader community. Resources are diverted not only from more cost-effective health care but also from the factors that shape health—education, housing, urban design, and reducing poverty.

The answer of the Lancet Commission is to rebalance death and dying, shifting it from a medical event to something that is owned by families and communities with support from health professionals. In case such a vision seems Utopian, we can point to where it is already happening—in Kerala in South India and in Compassionate Community programs that are developing around the world.

What would such a vision mean for precision oncology and immunotherapy? I would favor them if they can prolong life without prolonging suffering and without increasing the division between the few in the world who have excellent end-of-life care and the majority who have no access to opiates and even the most basic palliative care. But are they part of medicine’s Faustian pursuit of immortality, which is explicit among well-funded companies in California and implicit in conventional medical research that attempts to cure every disease? And can precision oncology and immunotherapy be part of a world where health professionals are supporters not leaders at the end of life, and we regain some connection with the meaning of death? I’m not sure, but I’m skeptical.

Dr. Smith can be reached at richardswsmith@yahoo.co.uk.

Cancer Pain and the Opioid Epidemic

Image Credit:
I am passionate about making advancements in cancer care. Cancer Commons provides crucial resources for patients to help them navigate their care giving them hope during a very hard time in their lives. 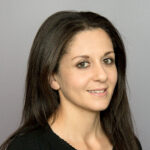