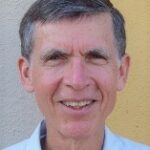 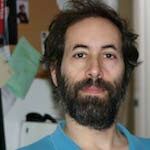 Q: After May 17, 2017, you and Jeff Shrager engaged in a robust discussion about the place, if any, for an “Air Traffic Control system” called “Global Cumulative Treatment Analysis” (GCTA) for Cancer. Will you share excerpts with our readers?

DC: I see some major ethical and financial problems with GCTA:

JS: There is no patient self-selection for experimental treatments in GCTA — or at least no more than there is now, and probably significantly less so. Under GCTA the patient, via their care team, is offered a set of options, along with rationales and data needed to make a rational choice about these options. This is just as it is today. The only difference is that under GCTA the set of options (rather than what your doctor happens to like) is guided by the GCTA process, which is running a global PROSPECTIVE adaptive trial over the whole equipoise set. Note that this is NOT “every damned thing” – just the things that we don’t know are better or worse.

DC: Very likely, the experimental cancer treatments that we don’t know are better or worse will be too expensive for all but the rich in the world. Rich people tend to do better in health outcomes. If all the drug companies and others with cancer interventions give their experimental treatments free, that problem might be mitigated. However, if those with cutting edge treatment already have FDA or other medical product licensing agency approval and are already getting $10k/month for their products, they may be reluctant to give the treatment away for free.

JS: It’s clearer to think of this in terms of cocktails, not individual drugs (although GCTA applies to both). There are many cocktails that we now use (PCV, CHOP, etc), and those have been empirically tested through trials, but the cocktails are often personalized, commonly to mitigate adverse reactions, and less commonly through physician experience or taste. But why are we stuck with those cocktails rather than some other plausible set (including different ratios and regimens)? Largely because we aren’t tracking and making global sense of the variations that commonly occur; also, because even if we were, we wouldn’t have enough patients to run RCTs on every plausible micro-modification. GCTA solves this problem–or, at least addresses it in an ethical and statistically strong manner.

DC: This might make some sense for comparing different first line chemotherapies for potentially curable cancers—e.g., acute granulocytic leukemia, Hodgkin’s Disease (stage IV), metastatic testicular cancer, etc. Insurers will pay for some combination chemo, so they might not mind which up front combination is chosen. However, for medically incurable cancers (e.g., metastatic non-small cell lung cancer or pancreatic cancer) or second line salvage chemo after recurrent disease following first-line chemo fails, insurers will be logically hesitant to fund expensive experimental drug treatment and drug companies are not likely to fund it. Again, the rich will be the ones more likely to get the experimental treatment.

JS: Physicians will initially balk at the idea of “positive control” — of being “controlled” – or told what options to offer their patients by a nameless algorithm in the sky. There are many aspects of the GCTA process that should put their minds at ease. First off, pilots don’t feel like the air traffic controllers are trying to … um … “control” them. Actually “air traffic controller” is a misnomer. It should be called something like “Air Traffic Collaborator”. The pilots rely on ATC to be able to see the whole system exactly so that they can guide the pilot around thunderstorms and other obstacles. Moreover, just as in flying, the patient and physician in GCTA have the final say; if they don’t like the options offered, they are more than welcome to make a different choice. The only thing that GCTA asks is for an EXPLANATION (i.e. a rationale). Again, take air traffic control: When a pilot decides to deviate from the flight plan, or the controller’s guidance — which they are 100% permitted, nay encouraged (!) to do if they have GOOD REASON–they actually have to give reason. The reason isn’t just there for show.

JS: The reason is used by the air traffic controller to redirect other flights. A very common example is if there is turbulence. Pilots will very commonly be redirected up down or around areas of turbulence. They mostly get these reports of turbulence from other pilots who have flown through it and deviated to get around it, either successfully or not. So not only is deviation for good reason encouraged, it is the way the system learns! The exact same thing goes for GCTA: natural deviations are how the system learns. In fact, when there’s no natural deviation, what GCTA does is insert deviation (within equipoise, of course) in order to explore the space.

JS: It’s important not to think of GCTA as a free-for-all. In fact, the whole idea is to avoid the free-for-all that medicine may become if, as Al says, we end up with the equivalent of an open carry law for medicine. Only in the classical sense is this a statistical nightmare. Moreover, it is what it is. We don’t want to drop data on the floor just because they scare statisticians! The whole challenge of GCTA — the thing that makes it, in a sort of statistical geek sense, “fun”, is exactly to confront the data as it is, and to design prospective ways of moving things forward, only dropping things on the floor when we have good Bayesian reasons to do so.

JS: Yes, that’s approximately right. And if you’re willing to narrow “randomly” to “based upon Bayesian information criteria”, or some such more specific process than “randomly”, then we are in complete agreement.

Image Credit:
Spoke personally with both Leslie Jared, RN, and Lola Rahib, PhD—they promptly responded and answered all of my questions. They were both very helpful. 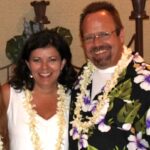 Cancer Commons is truly unique at rapidly matching patients with advanced cancer with the best precision therapy or clinical trial.