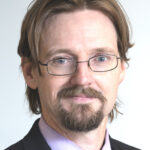 Curious Dr. George: As a melanoma expert, what are your thoughts on the treatments outlined in our recent article?

Ryan Sullivan, MD: It is a solid summary. The bottom line is that over the past decade, seven single-agents (in order, ipilimumab, vemurafenib, dabrafenib, trametinib, pembrolizumab, nivolumab, and talimogene laherparepvec) were approved by the U.S. Food and Drug Administration (FDA), as were five combinations (three BRAF/MEKi combinations—dabrafenib-trametinib, vemurafenib-cobimetinib, and encorafenib-binimetinib; one checkpoint inhibitor combo—ipilimumab-nivolumab; and one triplet regimen of a BRAFi, MEKi, and PD-L1i—vemurafenib-cobimetinib-atezolizumab) for metastatic melanoma as well as three new adjuvant therapies (dabrafenib-trametinib, pembrolizumab, nivolumab).

Thus, the past decade has been revolutionary in terms of treatments for patients with stage III and stage IV melanoma. With that said, a near majority of patients with stage III melanoma are likely to relapse (data gleaned from long-term stage III adjuvant trials), and a majority of patients with metastatic disease (extrapolated from long-term stage IV regimen data and the knowledge that only “well-enough” patients are enrolled onto trials) will die of their disease. So, there are a number of unmet needs, and emerging data is providing some idea of how to meet these needs.

The neoadjuvant data is very interesting. A number of my colleagues have shown that therapy with BRAF-targeted therapy (nearly all the published literature is with dabrafenib-trametinib) or immune checkpoint inhibition (either single-agent anti-PD1 or combined ipilimumab-nivolumab) is associated with significant rates of major pathologic or complete pathologic responses in patients with bulky, resectable stage III melanoma. Despite this data, there is yet to be an approved neoadjuvant therapy for this patient population. It seems logical that there will be either approved and/or guideline supported regimens over the next half-decade or so, but presently the neoadjuvant setting remains a very exciting opportunity for clinical trial enrollment and translational analysis.

As it stands, most specialists will offer immune checkpoint inhibition therapy over BRAF-targeted therapy (either the BRAF/MEK inhibitor doublets or the triplet regimen) in BRAF-mutant populations. When deciding between single-agent anti-PD-1 and combined checkpoint inhibitor therapy, the benefits of combination—superior response rates, prolonged progression-free survival, and numerically better overall survival—are juxtaposed with the dramatically increased risk of immune-related adverse events (irAEs) and the fact that combination therapy is effective in a significant percentage (~25-30%) of patients in the second-line setting after single-agent anti-PD-1 therapy. Thus, most patients will be offered single-agent anti-PD-1 therapy unless they have the following: brain metastasis, rapidly progressing disease such that the patient will not likely survive long-enough to receive second-line therapy, disease necessitating response as quickly as possible, or other potential factors that some specialists consider (including BRAF mutation status, hepatic metastasis, or bulking disease).

This, however, is likely to change with the recently presented data of a randomized study of the combination of nivolumab plus relatlimab, an anti-LAG3 monoclonal antibody, versus nivolumab on its own, which demonstrated superior progression-free survival without a substantial increase in toxicity/irAEs. Thus, it is anticipated that this regimen will receive regulatory approval for the frontline metastatic/unresectable melanoma setting and will replace single-agent anti-PD-1 as the go-to frontline therapy. Whether this regimen replaces ipilimumab/nivolumab is uncertain.

Finally, there are a number of regimens being tested in the second-line setting, but outside of ipilimumab/nivolumab or ipilimumab/pembrolizumab, the only agent that has demonstrated remarkable toxicity is therapy with lifileucel, a tumor-infiltrating lymphocyte product that is given via adoptive transfer. Otherwise, there are dozens of therapies, either single agents or combinations (typically with an anti-PD-1/anti-PD-L1) that have shown some responses in the immune checkpoint-resistant populations. It is expected that a number of these regimens will be tested in expanded cohorts or randomized trials, and our hope is that intensive biomarker analysis will help sort out which populations of patients benefit the most from these therapies.

Dr. Sullivan can be reached at rsullivan7@mgh.harvard.edu.

What’s New in Melanoma Treatment in 2021?

Emma Shtivelman is the best—bar none.
Linda King-Byrnes
Cancer Commons is truly unique at rapidly matching patients with advanced cancer with the best precision therapy or clinical trial.