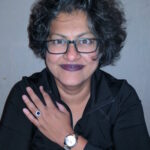 So there is a real need for new therapies that are effective for people with HER2+ metastatic cancer who have already been heavily treated with existing options. For these patients, two drugs—tucatinib and trastuzumab deruxtecan—now hold promise.

Tucatinib is a type of drug known as a reversible HER2 inhibitor, and it is able to cross the blood-brain barrier. In the HER2CLIMB clinical trial, a combination of tucatinib, trastuzumab, and capecitabine was more efficacious in a group of heavily treated HER2+ patients than trastuzumab and capecitabine given to a control group of patients. Progression-free survival with the triple-drug combination was 33% compared to 12.3% in the control group, while overall survival was 21.9 months compared to 17.4 months.

Most impressively, tucatinib shows efficacy in patients with brain metastases, a patient population with poor prognosis; progression-free survival at 1 year was 24.9% for these patients as compared to 0% in the control group. Based on these data, the FDA granted priority review to tucatinib for HER2+ breast cancer, and it will most likely be approved in a few months. [Update 4/21/20: The FDA has now approved tucatinib (brand name Tukysa) for people who have already had at least one prior HER2-targeted treatment for their metastatic HER2+ breast cancer.]

Trastuzumab deruxtecan (also known as DS-8201, brand name Enhertu) also holds promise for treating HER2+ metastatic breast cancer.  It is an antibody-drug conjugate that comprises trastuzumab and a derivative of a drug called exatecan, a topoisomerase I inhibitor. It was granted accelerated approval by the FDA in December 2019 for the treatment of HER2+ metastatic breast cancer patients who have received at least 2 prior lines of anti–HER2-based treatment regimens for their metastatic cancer. The approval was based on findings from the phase II DESTINY-Breast01 clinical trial, in which trastuzumab deruxtecan induced a confirmed objective response rate (ORR) of 60.3%, a disease control rate (DCR) of 97.3%, and a progression-free survival of 16.4 months.

Interestingly, trastuzumab deruxtecan demonstrated efficacy in another patient population with high unmet need—those characterized as “HER2 low.” About 40% to 50% of patients with breast cancer have tumors with low HER2 expression (defined as IHC 1+ or IHC 2+). Current treatment guidelines consider such patients to be HER2-negative. None of the currently available HER2-targeted treatments have shown efficacy in HER2-negative cancer, and therefore are not recommended for use. However, in a study with 54 patients who were extensively pretreated (they had a median of 7.5 prior therapies), trastuzumab deruxtecan elicited an objective response rate of 37.0% and a median duration of response of 10.4 months.

In summary, it is a really exciting time for management of HER2+ breast cancer, with practice-changing clinical data emerging for two novel HER2-targeted agents, tucatinib and trastuzumab deruxtecan. Not only are these drugs highly efficacious in heavily treated metastatic breast cancer patients, but they have shown efficacy in “special” patient populations with high unmet need; namely, those with brain metastases and those with intermediate levels of HER2 expression.

If you’re wondering whether any of this information applies to your own cancer case or a loved one’s, I invite you to get support from Cancer Commons.

Image Credit:
Having had personal experience of the devastating effects of cancer in my family—and the rollercoaster of emotions this can bring, knowing that I can perhaps make a difference in even a small way is something I am very proud of.