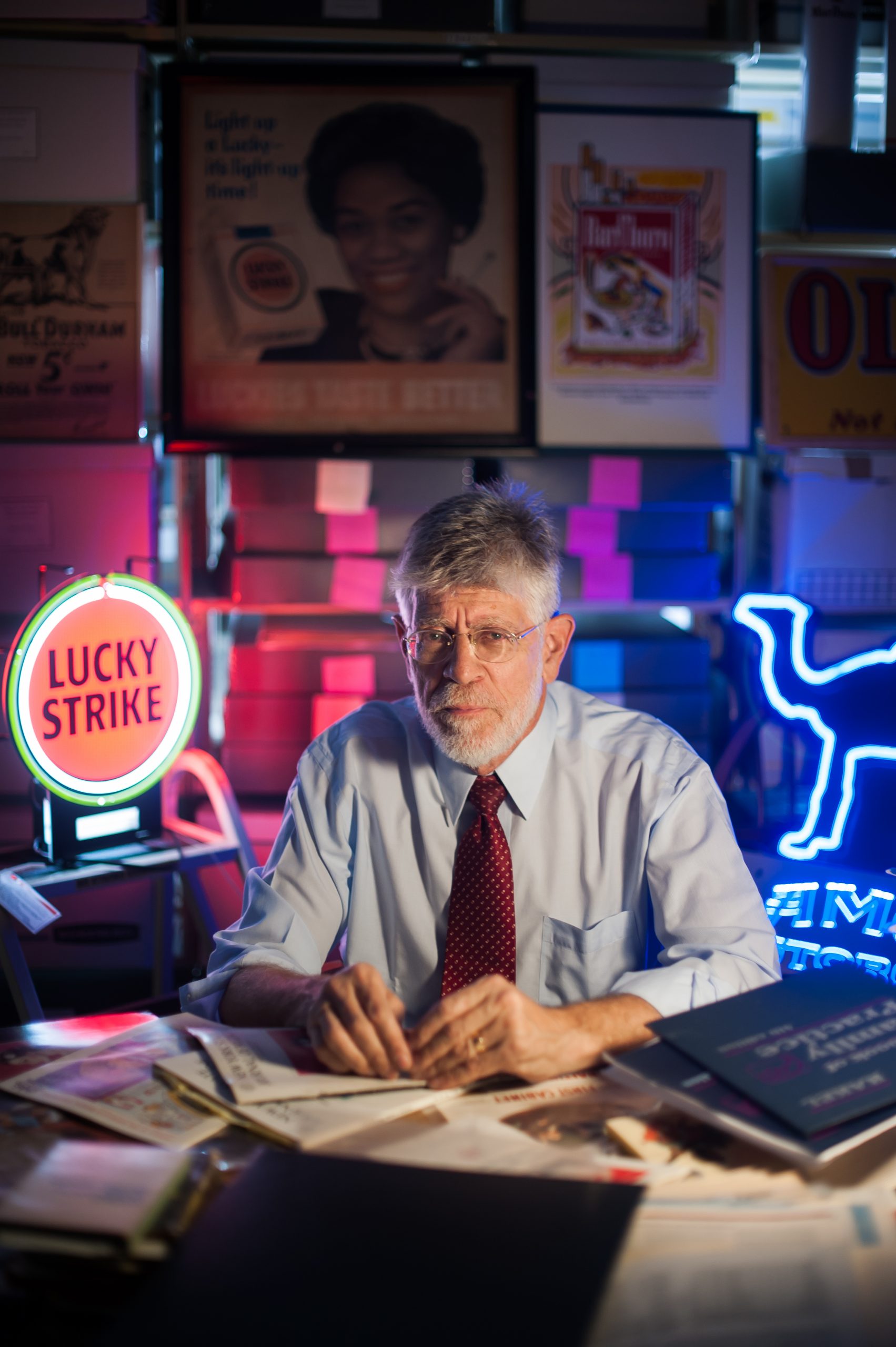 A Q&A with Alan Blum, MD, who founded the Center for the Study of Tobacco and Society in 1999 at The University of Alabama, where he serves as Professor and Gerald Leon Wallace, MD, Endowed Chair in Family Medicine. Email: ablum@ua.edu

Q: Inhalation of carcinogens and other harmful chemicals in tobacco smoke is responsible for more American deaths—especially from cancer—than any other one factor. Nicotine addiction is central to that pathologic process. The relatively recent invention of the e-cigarette seemed to offer great hope as an alternative nicotine-delivery device that most likely did not cause cancer, and could prevent nicotine addicts from having to smoke. Yet, the “unintended” consequence of masses of new young nicotine addicts produced by unregulated for-profit vaping companies has created a new public health disaster. How might the U.S. Congress and the U.S. Food and Drug Administration (FDA) have better managed this threat?

A: In 2009, Congress passed a bill giving the FDA the authority to regulate tobacco products. When the treacly named Family Smoking Prevention and Tobacco Control Act was signed by President Obama, the bill’s proponents—notably, the Washington lobbying group Campaign for Tobacco-Free Kids—touted it as a long-awaited defeat for Big Tobacco. When it was revealed that the Campaign had secretly co-written the bill with Altria, maker of the top-selling cigarette Marlboro, we realized that the brand’s iconic cowboy wouldn’t be riding off into the sunset just yet.

But few could have predicted that the efforts to protect Americans from the harmfulness of tobacco would become more confused and convoluted by adding it to the FDA’s portfolio.

Because the FDA is the nation’s watchdog over medications and medical devices, a provision in the 2009 bill distinguishes drugs and devices from tobacco products, in order to prevent duplicative regulation by different centers within the FDA. And therein lies the origin of the unfettered explosion of vaping—the inhaling of a heated, flavored nicotine solution from an e-cigarette or other device: in their eagerness to get the FDA bill passed, Senate Democrats rejected a Republican amendment to regulate e-cigarettes as tobacco products and deliberately left them out of the bill. After all, proponents reasoned, e-cigarettes were new and expensive, and they were manufactured by just a handful of companies. The proponents also counted on using a provision of the bill in which the FDA could “deem” as tobacco products both e-cigarettes as well as future nicotine-containing products that regulators couldn’t yet envision.

But a not-so-funny thing happened. While the FDA hemmed and hawed about these new-fangled electronic nicotine delivery systems (now called ENDS), hundreds of manufacturers entered the market, costs dramatically dropped, and e-cigarettes could be purchased at any convenience store for the price of a pack of Marlboros.

Finally, in 2016, the FDA issued its deeming rule that included e-cigarettes as tobacco products subject to the agency’s regulatory authority. In July 2019, a U.S. District Court in Maryland upheld the FDA’s rule. Meanwhile, products such as the Juul e-cigarette, craftily designed to resemble a USB drive and promoted through social media to the wired generation, became an essential accoutrement of high school and college students. That Juul was also engineered to deliver nicotine more rapidly than any previous e-cigarette—and came in appealing flavors such as mango and mint—contributed to its capturing 75% of the e-cigarette market just three years after it was introduced in 2014.

In December 2018, Altria paid $12.8 billion for a 35% stake in Juul Labs, Inc. At the same time, the vape shop industry burgeoned, as did online sellers of e-liquids and paraphernalia aimed at a counter-culture that rejected commercial products. The legalization and commercialization of marijuana by several states also led to the proliferation of e-cannabis with THC-containing e-liquids. This in turn has resulted in an outbreak of vaping-related pulmonary illness in 2019, causing more than 40 deaths and sickening more than 2100 users of electronic vaping devices.

Thus, the FDA lost a full decade in which it could have required manufacturer registration and ingredient-reporting, inspected e-liquid-making facilities, and acted against adulterated or misbranded products. Lost, too, was the opportunity to slow the introduction of e-cigarettes, to temper so-called harm reduction health claims about these products compared to cigarettes, to verify their value in smoking cessation, and to thwart their marketing to young people.