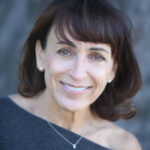 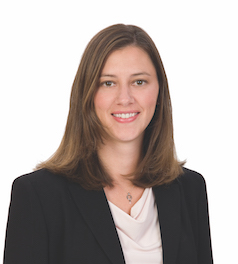 As one might imagine, Julie Rubidge’s diagnosis in May 2016 of an aggressive form of breast cancer at age 39 was shocking and surprising. The first few weeks that followed were no less traumatic for the Deloitte Partner. “I cannot adequately describe the weeks that followed in trying to figure out a plan of action and everything that goes along with that. It was overwhelming to say the least,” Julie says.

Detail-oriented and fascinated with medicine, specifically with DNA and the technology behind medicine and medical discoveries, Julie has called her interest in the subject one of her hobbies. Before her diagnosis, she’d read many articles and had studied the subject in general. Following her diagnosis, Julie studied her particular breast cancer with a fierce purpose.

Deloitte partner and Cancer Commons board member Heather Rangel led Julie to Cancer Commons, which provided the knowledge Julie felt she’d need as she made her early treatment decisions. 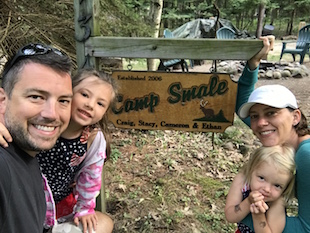 Julie and family enjoying a weekend at a lake in MI

“Even though I had a team of doctors that were world renowned and had done a LOT of research on my own, I still took the five minutes (literally!) that it took to email and start a conversation with Cancer Commons,” Julie says. “The months-long dialogue that I have had with them since has been extraordinary. They were able to affirm the immediate decisions that I had made along with my doctors. In such an overwhelming time the feeling of having things validated is invaluable. Since those initial weeks they have been a resource as I chose a surgeon, debated types of surgery and then on to what type and length of radiation I had.”

Cancer Commons’ chief scientist Emma Shtivelman, PhD, reached out to Julie immediately upon hearing from her, emailing Julie articles she might study and suggestions she might discuss with her oncologist. Dr. Shtivelman continued to reach out to Julie, emailing her again when she hadn’t heard from her, and as Julie neared the end of her course of chemo, with articles about radiation. 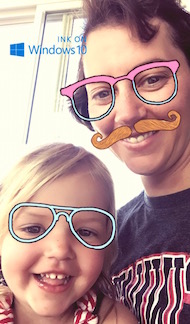 Julie and one of her kids

“I was just blown away,” Julie remembers, “and I wondered how I could take what I learned from Cancer Commons—a straight forward, proactive approach—to my own career and client service.”

“Any kind of diagnosis of cancer is traumatizing. But my experience with this organization was beyond expectations. It gave me a resource and self-confidence in my choices.” Julie says that at Cancer Commons, she found vital information and “emotional well-being to know I was on the right path.”

Julie’s cancer journey, which is hopefully at its end, and the care she received from Cancer Commons’ experts from day one to today, inspired her to join our community of givers. “The service was so incredible and the information so good, I was inspired to pay it forward,” she says.

We’re extremely grateful to Julie for her support of Cancer Commons, and that she has now finished her treatments. We hope her story inspires you to join the Cancer Commons’ family of givers, and Julie in contribution to better treatment options for all.